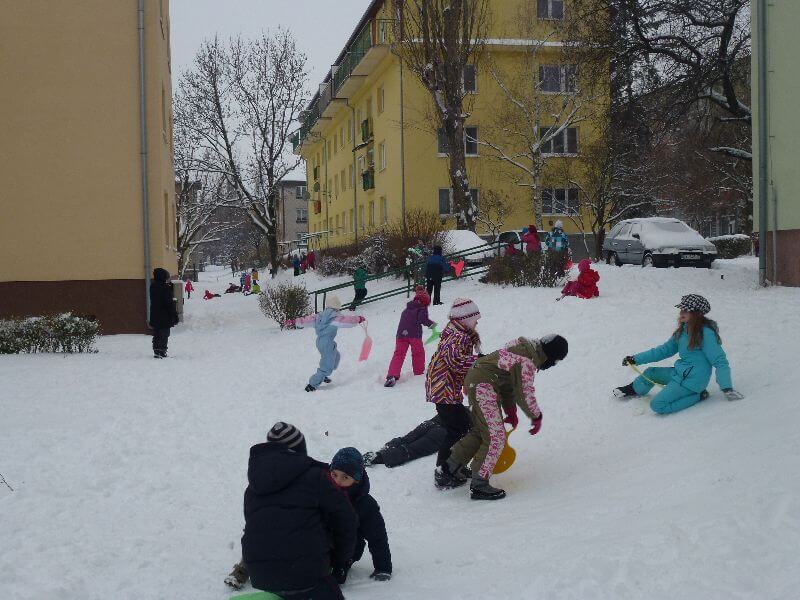 „The best things are for free,“ singing Beatles in one of their songs. Snow is in Slovakia one of the free gifts from a God. You may check it in capital city, Bratislava, too. There are three possibilities – many winters you may see the snow in Bratislava only at billboards. Some years the God wants to reward us from all we were missing and that time you may see some cross country skiers right in the centre of the city. It is also because whole traffic is close to collapse. But we have also good winters when you may enjoy skiing resorts very close to the city. One is at Koliba hill overseeing whole city. It has famous “Donkey meadow” with such a lazy slope that you feel really like donkey pushing yourself hard at skies even down the hill. Much more fun you will have few kilometers from Bratislava to the East at Pezinská baba skiing resort with hotel Zochova chata. To some more distant destination, like Snow Paradise Veľká Rača, you may do a one day trip by bus for free from Bratislava’s bus station to this resort in the morning with return in the evening. Please, do not change Veľká Rača with Rača, that is one quarter of Bratislava at its East outskirts. In snowy winters you may ski here too, but believe me, it is a very hard experience.

As a citizen of this part of Bratislava I have that experience from my very early years. It was the time when my father got the idea that he has to teach me skiing when I was ten. It would be entirely not bad idea if my father was not an enthusiastic amateurish educator. And he did not know skiing at all. But he did not felt it as a problem.

“It need system, Gustav, and an original idea!”

System of my father was very simply. He took me to the woods over our quarter thinking that total beginner as me have to start at any slope within our sight. This would not be so bad as his original idea. As a non-skier my father observed that skiers sometimes make curves. As he himself had no imagination how the skiers move so quickly and elegantly he bet on the fact that Nature know it for sure. He was in fact professor of Natural sciences and thus had a great trust in the Nature. And to my understanding of Nature as well.

“The fear, Gustav, is one of that natural feelings we have. But we have to go through it!”

This was his instruction when he took me through some serpentines in steeply woods and showed me a short-cut down. He believed that I would learn to make curves immediately if I will be forced to zick-zacking between all those enormous trees.

“Move, Gustav, enjoy your first lesson!”
I must say that I was unable to move. I was hardly seeing trace of short-cut between all those trees.

But I was weakling; I did not want to finish my life with first lesson of skiing. My father was totally disappointed. After several attempts to make me move down the deadly toboggan, he left me with disgust, walking back home by serpentines.

I was disgusted by myself too. I am really such a timid little boy? Couldn’t I be braver?

And I was. I went even higher at that slope to make it through trees really fast. And I moved.

It took my father, who meanwhile has reached by serpentine the end of the short-cut, about half an hour to realize that he maybe lost his boy. I was nowhere in his sight. In fact I was just few steps from him. I was lying under one of those giant trees, one my ski behind one of my ears and second God knows where. To make things worst, I had skies of very old type where binding was so inflexible that there was no chance to release me from it by any hard hit. And I was hit really hard. To the full sadness, I did not learn a single curve, because all the way down in full speed I had my eyes closed from the fear.

My father finally found me by sounds of pain that I was able to produce only after a long time (loosing my breath by hard hit directly to the tree). He did not say much. Only he was murmuring something that to recover soon we both need something really hot.

Back home we both had received something really hot. First were very warm words of my mum to my dad. But it was somewhere in kitchen and I was already lying in bad, so I do not know details. But later we both got something really substantial. In my case it was “kapustnica” – a cabbage soup that I consider from that time as a best life-provoker and truly national meal of Slovaks. In best combination it consists of sour cabbage, potatoes, sausages, smoked ham or bacon, dried mushrooms and plums and ingredients (and my father was adding pieces of apple or lemon or on the other hand sugar to balance a taste). But in every part of Slovakia you will find all possible variety of this basic recipe. That why it is truly a national meal.

Only much later I realized that my father was recovering from this his first experience as brave skiing teacher by ”hriatô” what is really a hot drink. And again, there is variety of recipes in Slovakia how to prepare it, but according the well-know gourmet and cook Cyril Králik the simplest way how to enjoy it is to take any white hard spirit and add it to the water. Heating it almost to the point of the boiling you may add sugar (sometimes it may caramelized) and caraway. There are some who like to add roasted little pieces of bacon too. This all together will make you in snowy white winter really warm. And apart of my father, you may enjoy it without fear that your son will experience only one lesson of skiing till the end of his life… 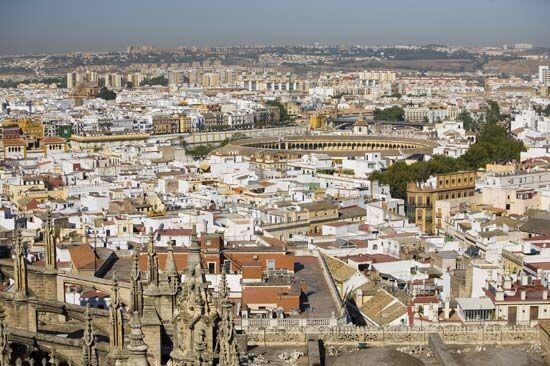 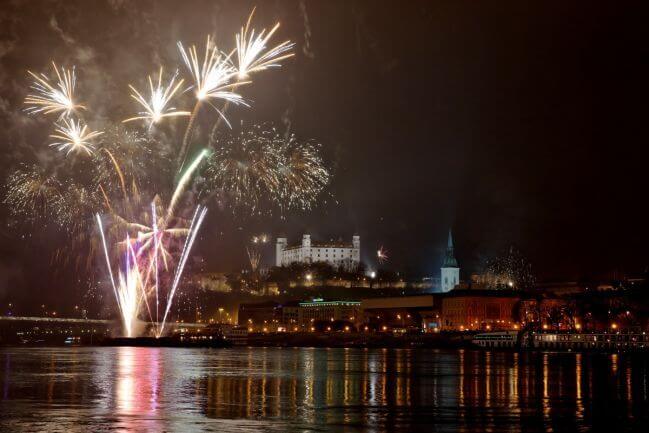 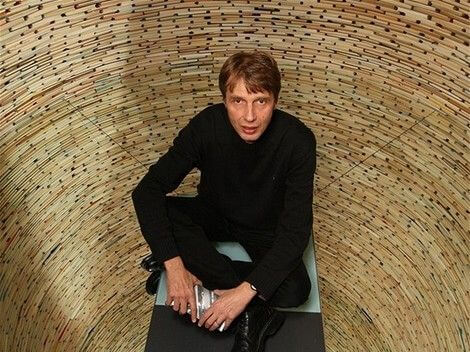 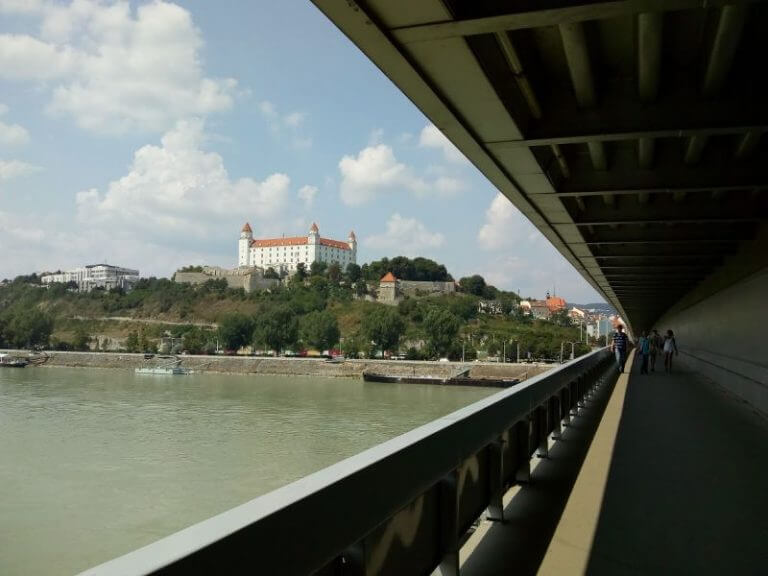 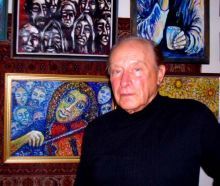 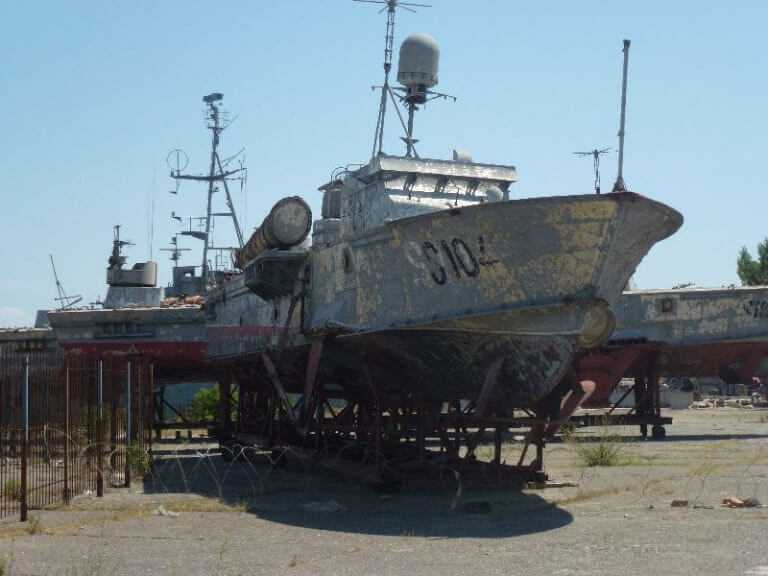 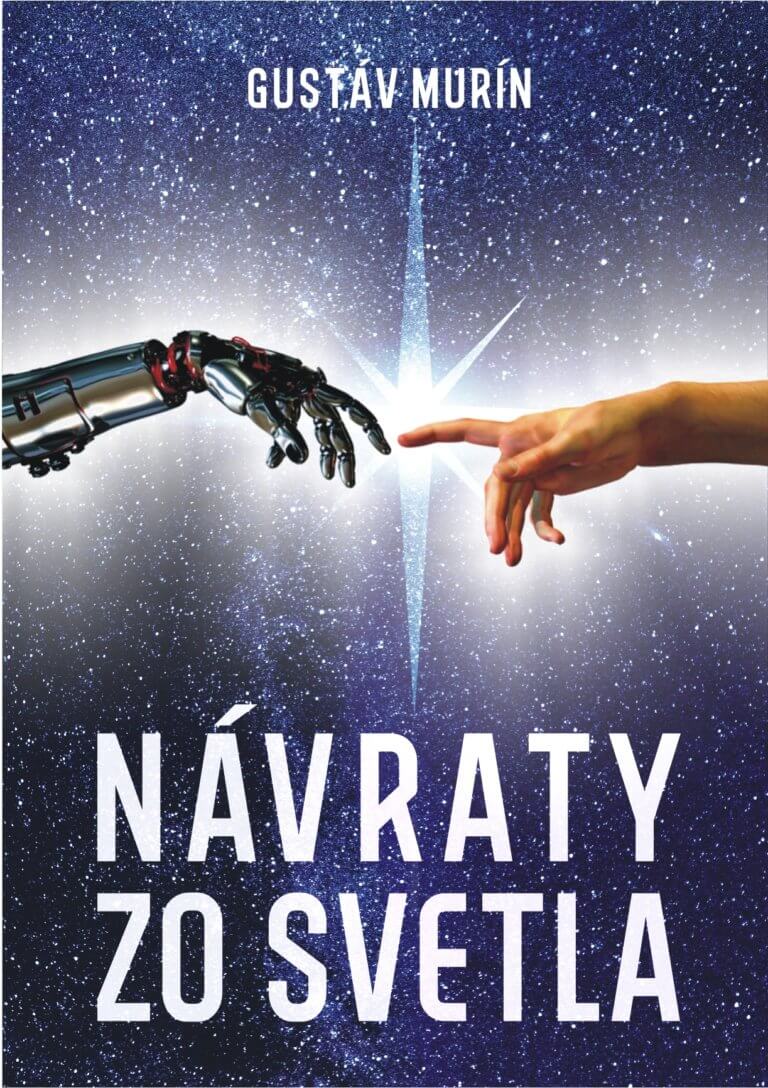